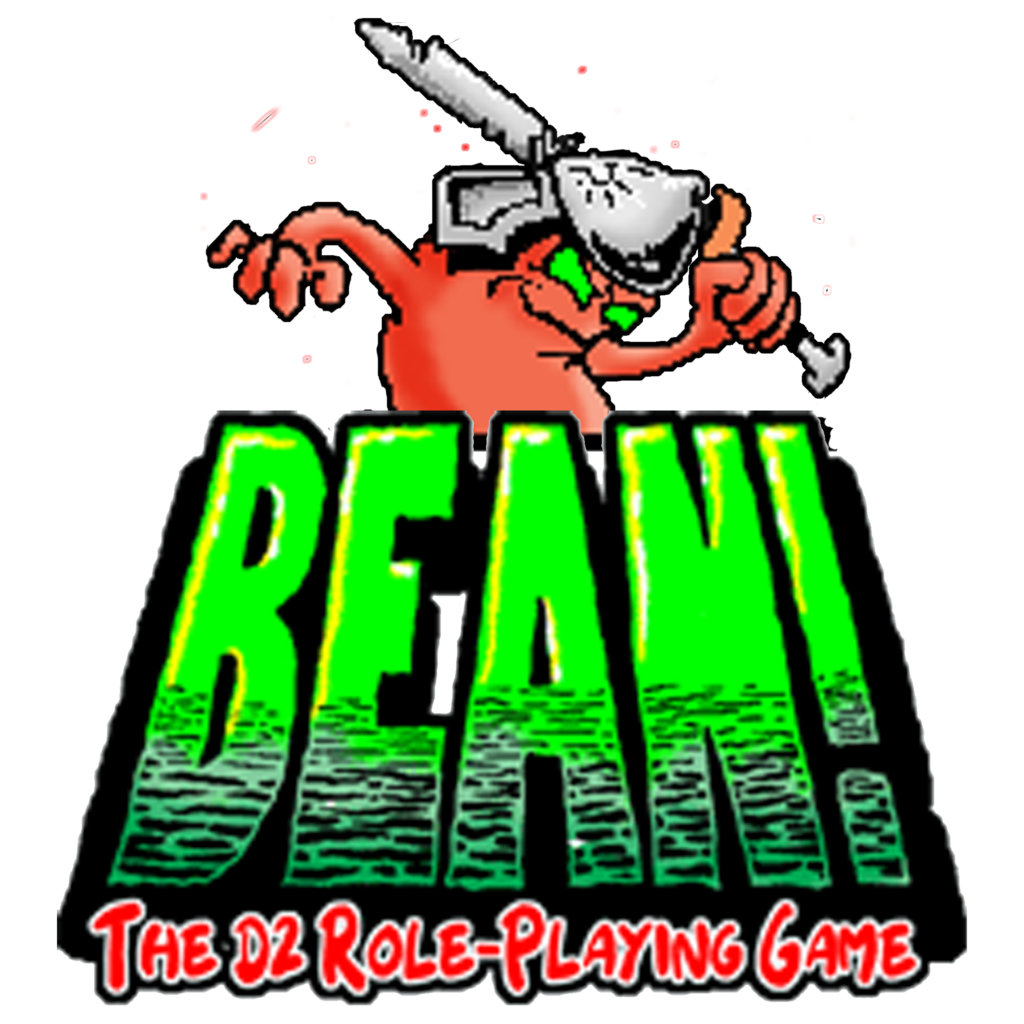 BEAN! The D2 Role-Playing Game.  Learn about the D2 rpg on the Beanpage.  This game is super easy to learn and has been used to introduce the very young to the wonders of role-playing games, to establish gaming groups in retirement communities, and for everyone in between -clearly it’s an all ages thing!

Z-TOWN! This Solo Adventure Role-Playing Game comes with all the rules to make your own character to play ou the zombie survival adventure.  Read the adventure and make choices as you move through the story.  Will you survive long enough to learn the mystery of Ziggurat Junction?

UNCLE CUCUY’S LUCHA LIBRE! The game of Mexican Wrestling!  is the dice game of Mexican Wrestling for 1 or more players. You can play several rounds in just a few minutes, or take an afternoon to build your character into a mighty Luchador! Comes with Ready-Made Character Cards, plus templates to design your own magnificent luchador characters! All you need to play is the rule booklet to get you started, some six-sided dice, a pencil and paper!